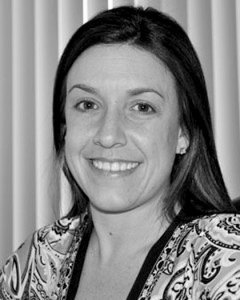 Kerri heads up the Lighting, Electrical, and General Repair divisions of BOSS Facility Services, as well as leading the Project Planning division. Founding BOSS in 2001 with Keith Keingstein, Kerri has been instrumental in growing the business over the past 10 years and developing client relationships. Prior to BOSS, Kerri earned a degree in business administration and finance from Roger Williams University. From there, she ran the Home Integration unit of a firm that provided high-end clientele with home theatre and lighting solutions. Later, she was in charge of inside sales for a web-based technology company.

In 2000, she joined forces with her brother Keith and formed BOSS Facility Services with the idea that they would specialize in national HVAC service and maintenance servicing the national retail market. Since BOSS opened its doors in 2001, the company has expanded into all other trades, spearheaded by Kerri.

In 2006, Kerri oversaw the development of the Project Planning unit of BOSS, providing the service for a longtime client. That work now includes comprehensive rollouts and temporary space placements.

Be honest: don’t you run the show?

Sometimes it feels like I do. But I’ve got a lot of help. I handle the administration side of things, but I couldn’t do it without the others. And I’ve been here since the beginning, when we were sharing a tiny office and sitting on the floor. This company’s like my baby, so it’s worth the work.

How do you complement the others?

Even though Keith is the “technical one,” I’ve got to know what I’m talking about too. I’m not an electrician, but I know lighting because I’ve worked in it. You can’t do my job without learning along the way, and it’s helped. I catch things our clients don’t catch, and it helps me save them money. There isn’t a job at BOSS that I haven’t done, and because of that, I know the entire process, so when a client comes to me and asks how they can save money, I know where to look.

And Project Planning’s taken off…

It has. That started because a longtime client of ours asked if we could help them out with a project that needed some temporary space set up. We hadn’t done it yet, but they wanted us to so we said, “sure.” It’s grown since then: it started out just me, but now we’ve got an entire team dedicated to projects. Clients like us because we come up with creative solutions for them.

I won’t drive my truck anywhere near your office. Would you like to tell these good people why?

[She laughs.] Ha! I think you’re talking about the dogs! I have two dogs, Molly Sunshine and Tanner. Molly barks too much for the office, but Tanner has been a BOSS fixture for the past 6 years. He helps boost morale in the office. Bob calls him our Chief Barking Officer!