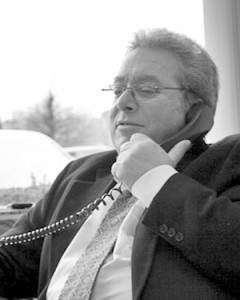 Bob started his HVAC career 42 years ago as an HVAC technician and shortly afterwards formed and successfully operated his own HVAC service company. In 1992 Bob became a proctor for the EPA mandated CFC certification program and eventually trained and tested over 5000 HVAC techs. In 2000, Bob joined his children in operating a national facility maintenance company handling the HVAC and plumbing divisions servicing national retailers as well as commercial office space throughout the United States, Canada, and Puerto Rico. Having a passion for the HVAC industry and his desire to raise the level of service contractors provide, Bob became involved with the Air Conditioning Contractors of America (ACCA) and over the next 15 years was elected to the board of directors at the local, regional, and national levels of ACCA, eventually being elected Chairman in 1999. Currently Bob serves on the Advisory Committee of ACCA which promotes open dialogue between HVAC equipment manufacturers and contractors. Bob Also serves on the membership committee for PRSM (Professional Retail Store Maintenance) and in the past has also served on this groups education committee. For 6 years Bob has chaired the “unfair utility competition committee” and has testified on capital hill seeking a level playing field for HVAC contractors competing with public utilities. Additionally, Bob is a sought after speaker as he has spoken in front of numerous contractor groups across the country as well as National conventions such as PRSM (Professional Retail Store Maintenance) Commercial Construction and Maintenance, and ACCA.

Bob lives on Long Island NY with his wife Pat of 39 years and they enjoy boating, golf, and travel whenever possible.

You work for your kids? What was that interview like?

[laughs.] They didn’t have to interview me. I’ve owned and run my own HVAC service company for over 35 years so they knew what I was bringing to the table. They didn’t make me provide references or anything like that, they just said, “Dad, we got a job for you.”

Seriously, though, what would they do without you?

I think it was helpful bringing me on because I could talk to clients on a level they couldn’t yet. They were young and clients might have been skeptical. But once they saw I was involved, they knew that we were for real. I think clients liked that I kind of anchored everything with my experience and the kids brought new ideas to the table.

This was never meant to be a “family” business, but it worked out that way. We each contribute something unique. And now that we’ve been at it for 10 years, they don’t need me for credibility. But I think they like having me around, so I’m not going anywhere!

How has the business changed since you started?

Technology has made a big impact, but the basics haven’t changed all that much… the HVAC industry is going green with new refrigerants, efficiencies, and controls to name a few. Technology’s great, but you still need to know what you’re doing which means we need to stay ahead of the curve and up to date with all new products and regulations, tools, and education.

What’s the name of your boat?

Seaducktion II. Boating is what allows me to clear my head after a full week of emergencies. I get to relax and at the same time release some of my energy while cruising, spending time with friends and family or just doing the necessary work on the boat which never seems to end.